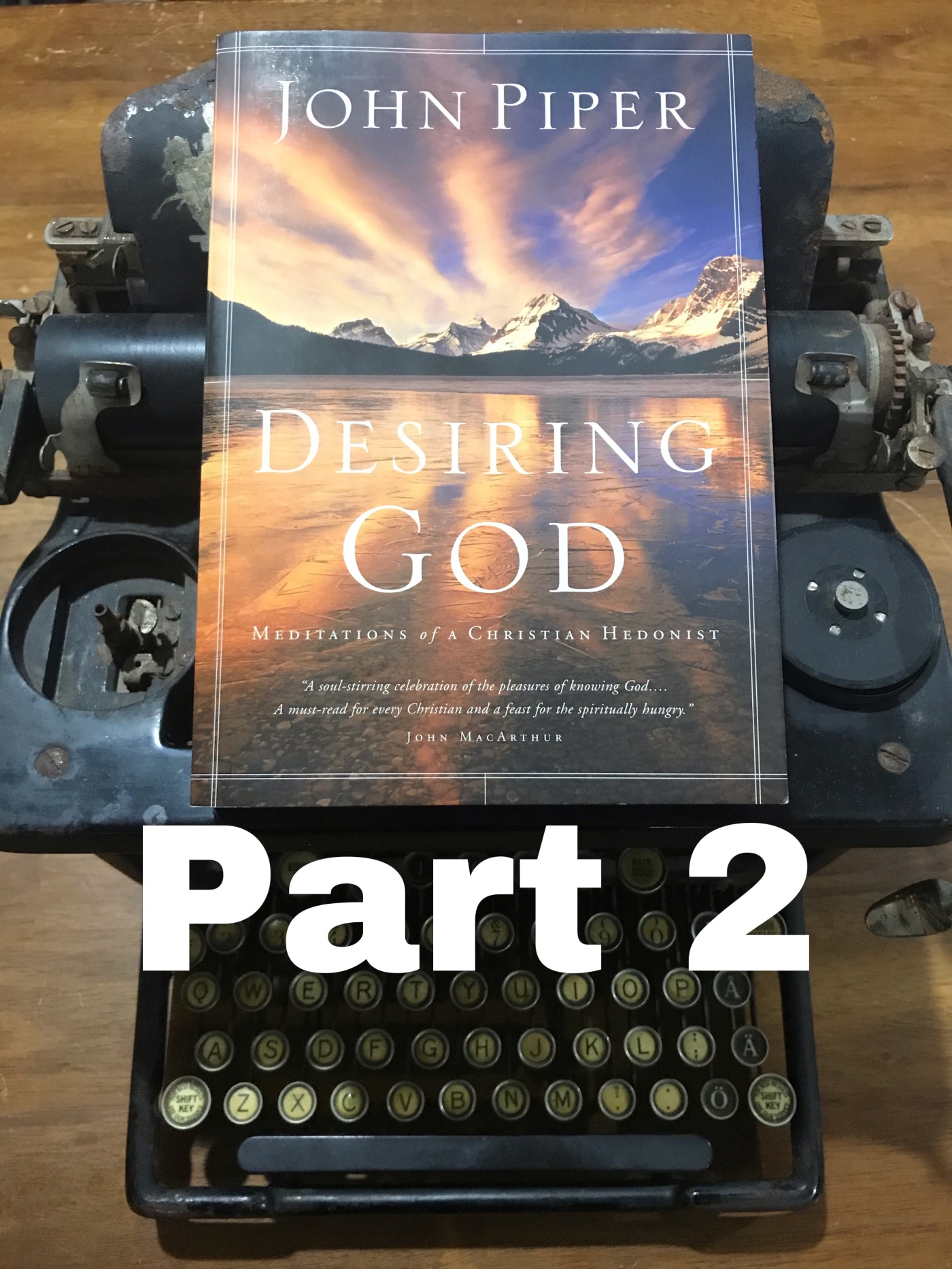 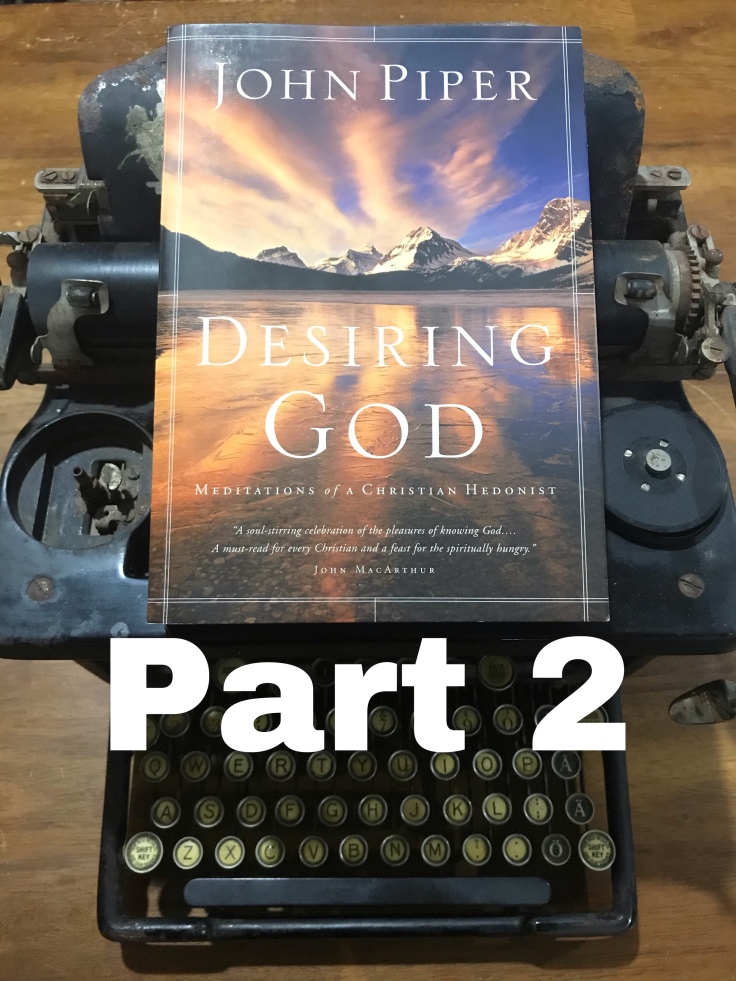 “Because God is unique as an all-glorious, totally self-sufficient Being, He must be for Himself if he is to be for us. The rules of humility that belong to the creature cannot apply in the same way to its Creator. If God should turn away from Himself as the Source of infinite joy, He would cease to be God. He would deny the infinite worth of His own glory. He would imply that there is something more valuable outside Himself. He would commit idolatry.” (p.47)

Piper emphasizes a lot on keeping God and man in their proper places. Misunderstanding who God is and who man is, and the relationship between the two, is the source of so much confusion and bad doctrine.

We do not have the same sense of humility as God. God humbled Himself when the second person of the Trinity condescended and became flesh and dwelt on earth with His creation. Philippians 2:8 says, “And being found in human form, he humbled himself by becoming obedient to the point of death, even death on a cross.”

Who did He become obedient to? Man? Certainly not. Jesus was obedient to God. Death on a cross was the ultimate form of humiliation. It was not a noble death. It was shameful. Jesus’ humility surpassed any humble stance of any man because of height from which He condescended. John 17:5 says, “And now, Father, glorify me in your own presence with the glory that I had with you before the world existed.” Through Christ, God displayed more humility than any man ever could. Our holy status starts low and can only get higher in our lifelong process of sanctification. Christ’s status went from glorious to cursed.

Who can God look to for ultimate joy and satisfaction? That’s the question. The WORST answer is that God finds His satisfaction in man. Sadly, this is the answer for many evangelicals. The idea that God would idolize His creation demonstrates a complete lack of what Piper is trying to get across in Desiring God. God is the all-glorious Creator and we are His creation made to glorify Him.